Sunday is when I like to cook for my family. A well deserved lunch followed by a nap, well, sometimes. Instead of eating a  heavy cream or fat based rogan josh in a restaurant, I chose to cook some at home and relish it with some homemade naan. Ah, sounds blissful doesn’t it?! 😉

I stumbled upon this  Pandit style recipe from a Kashmiri chef, who also owns a restaurant in Australia. One look at the recipe and I knew I got what I was looking for :). This recipe is so easy and sure a winner! However, I encourage you to save some for the next day to relish it MORE!

Adapted from “Thoughts from Ajoy”

I adapted the recipe for homemade naan using only yeast form here. I used the skillet or tawa method. Naan is best when had hot, otherwise it may go hard or rubbery. You could also substitute the refined flour with wheat or any gluten free flour. 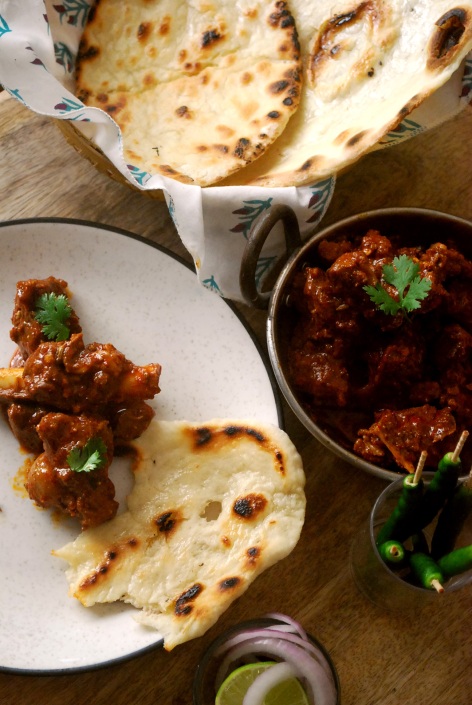 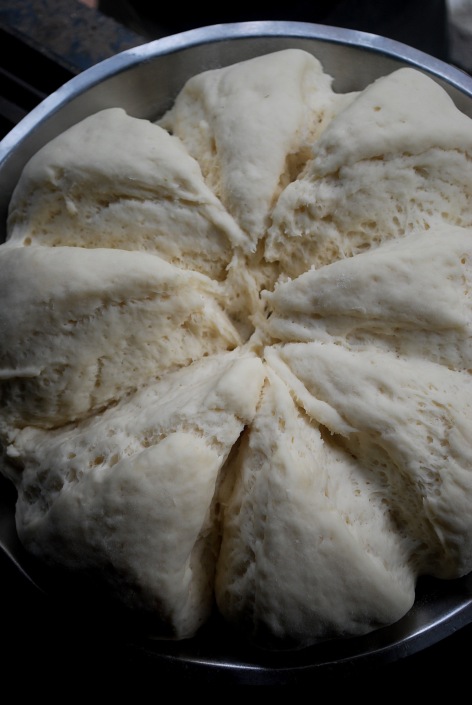